On the Clouth site, which was formerly devoted to indus­trial use, the listed adminis­tration building and the directly adjacent areas are to be trans­formed into a vibrant new urban home for culture, work and living. In addition to responding to the existing fabric in a sensitive way that respects its listed status, the design aims to create open spaces that promote a lively exchange and thus make a valuable contri­bution to the entire neigh­bourhood. While the existing buildings are largely preserved, the new construction presents itself as autonomous contem­porary buildings that respect­fully take their cue from the existing built context. 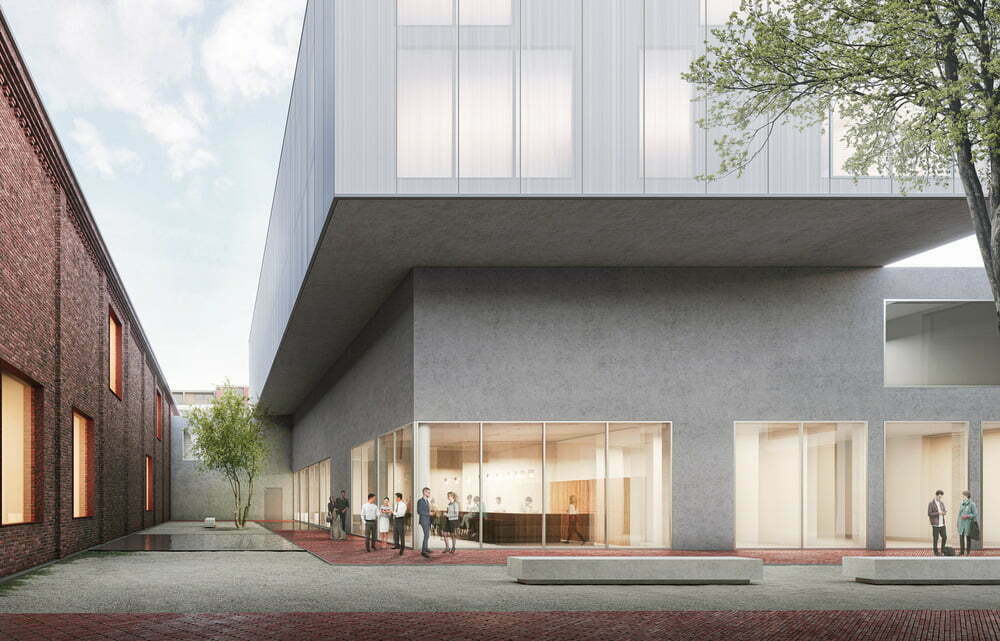 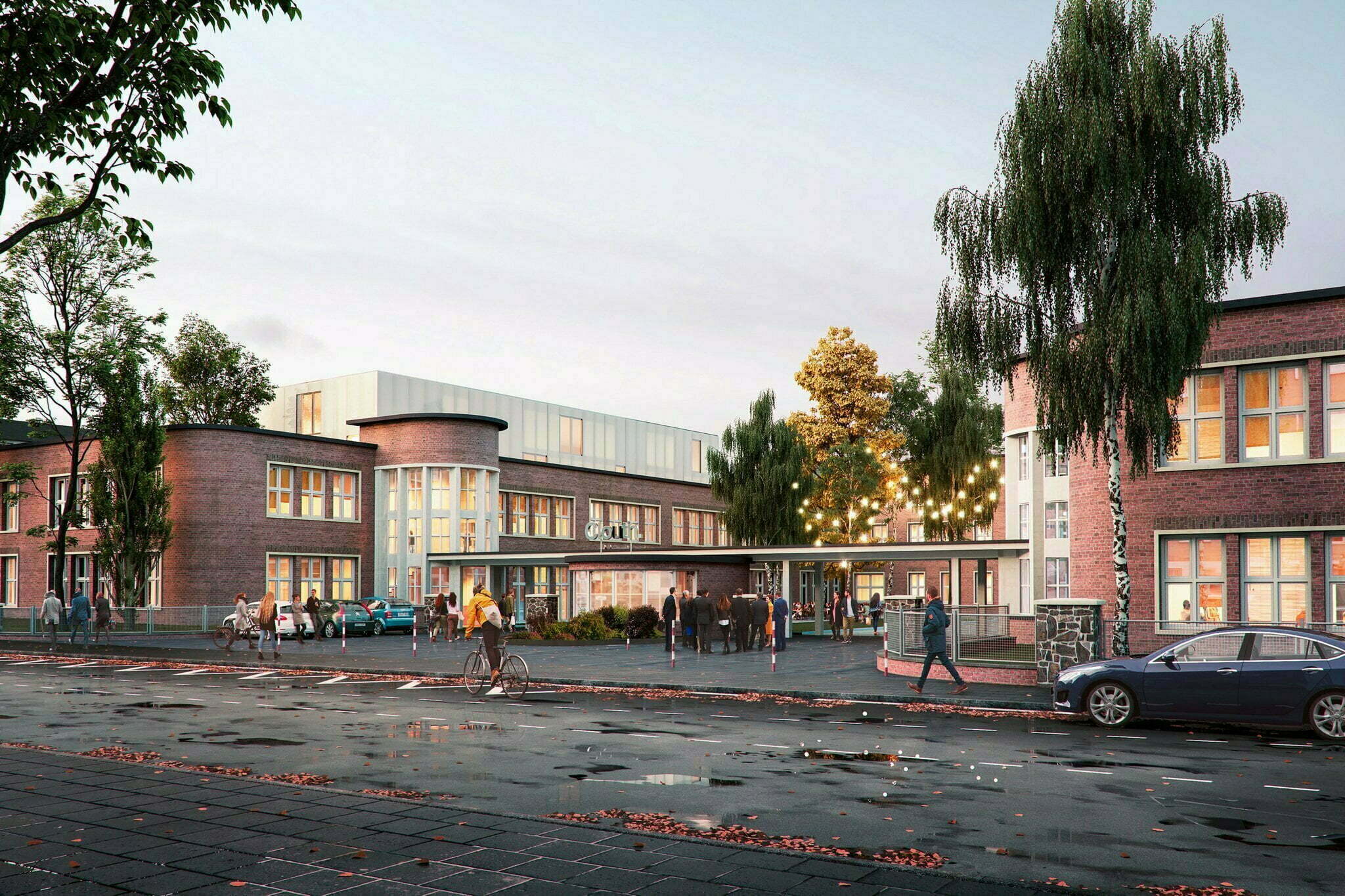 The central element is the new building for a dance theatre with associated academy. The building, inserted into a courtyard, is composed of two stacked volumes that are slightly offset from each other. Maintaining distance from the existing building on all sides ensures good natural lighting and enables the design of attractive outdoor spaces. While the theatre presents itself to the outside as a sturdy block of exposed concrete with generous glazing for views to the courtyard, the academy above it presents itself as a seemingly light­weight volume made of backlit polycar­bonate that becomes a symbol visible far beyond the ensemble. 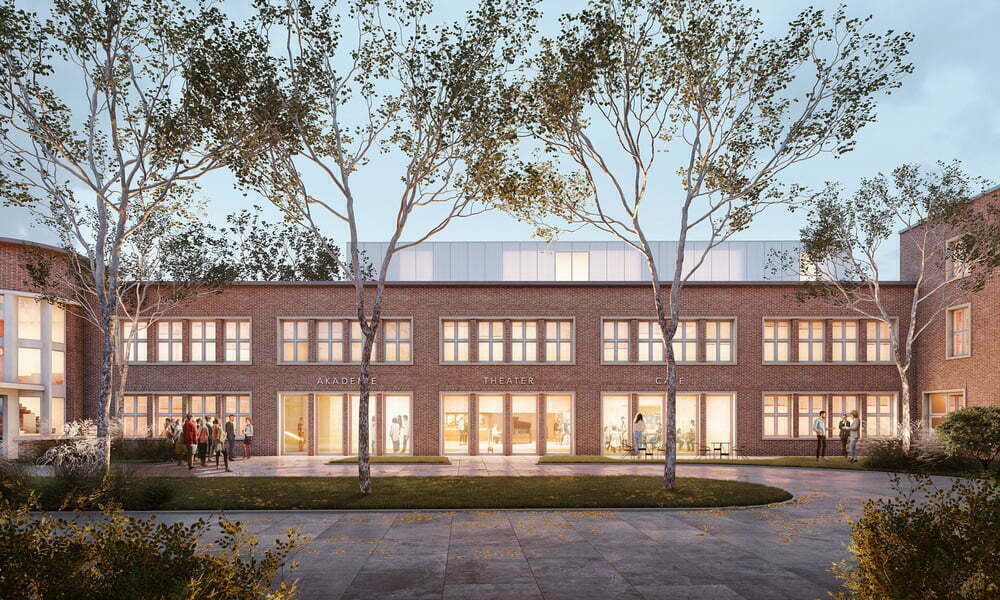 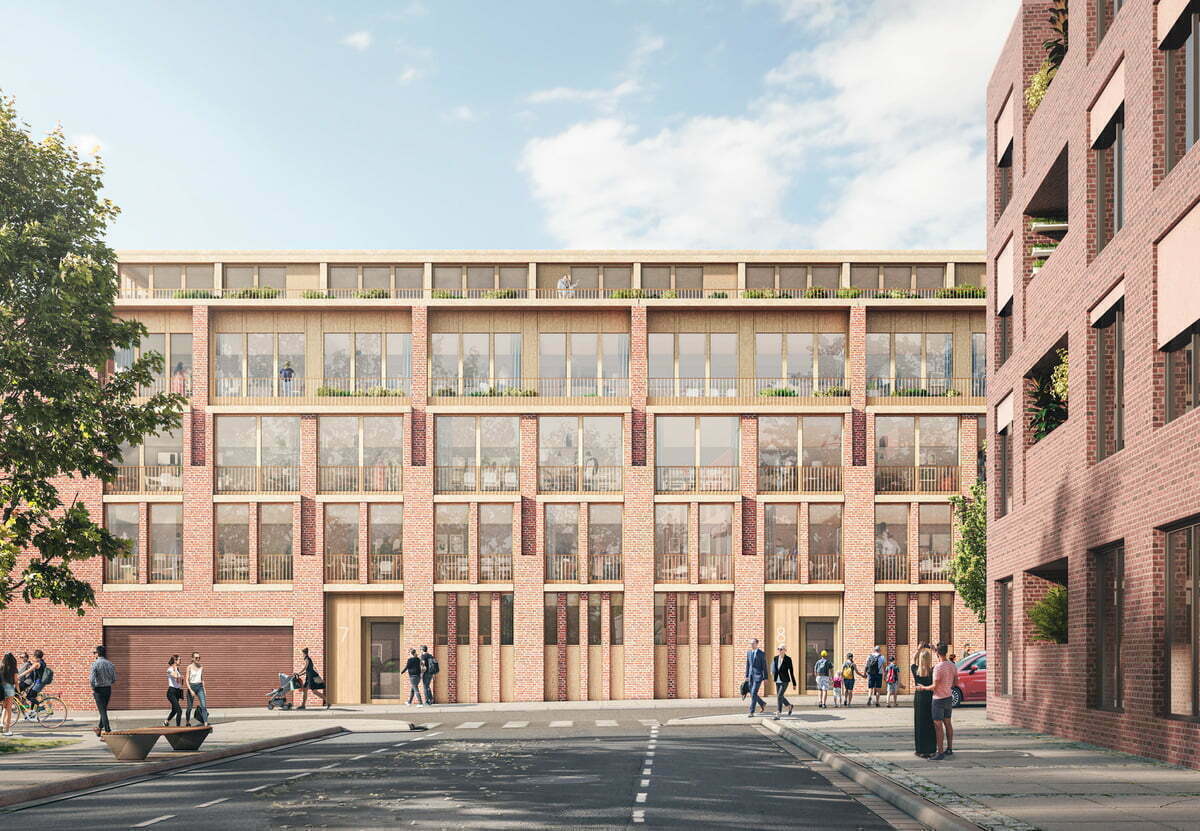 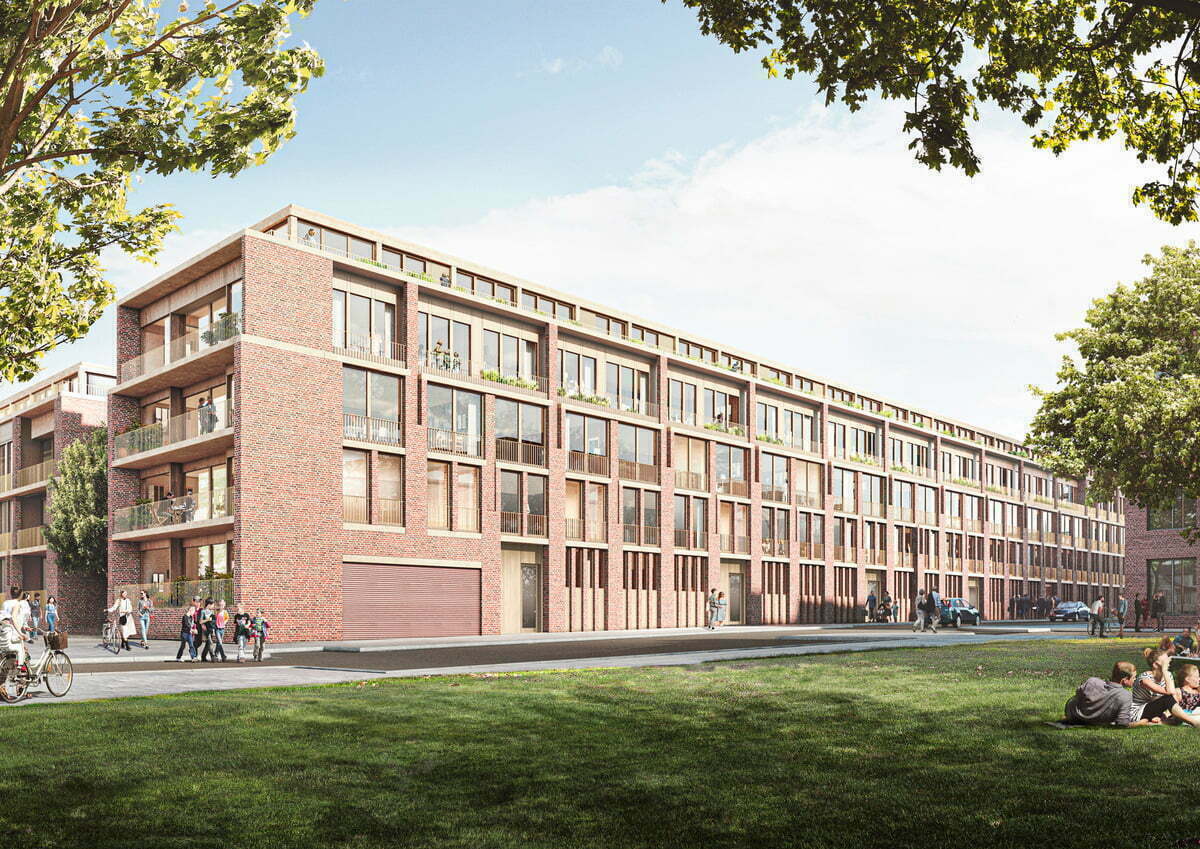 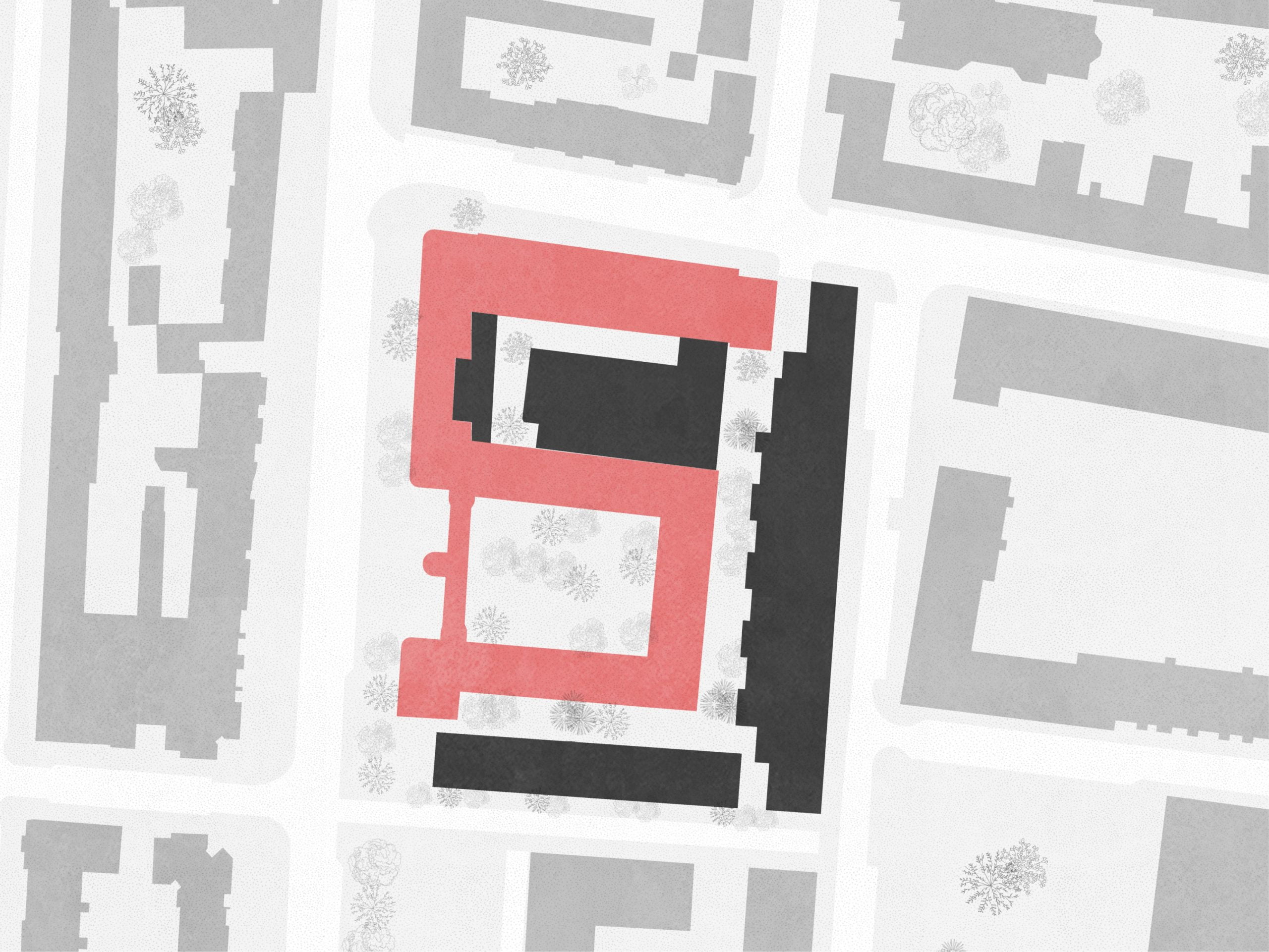 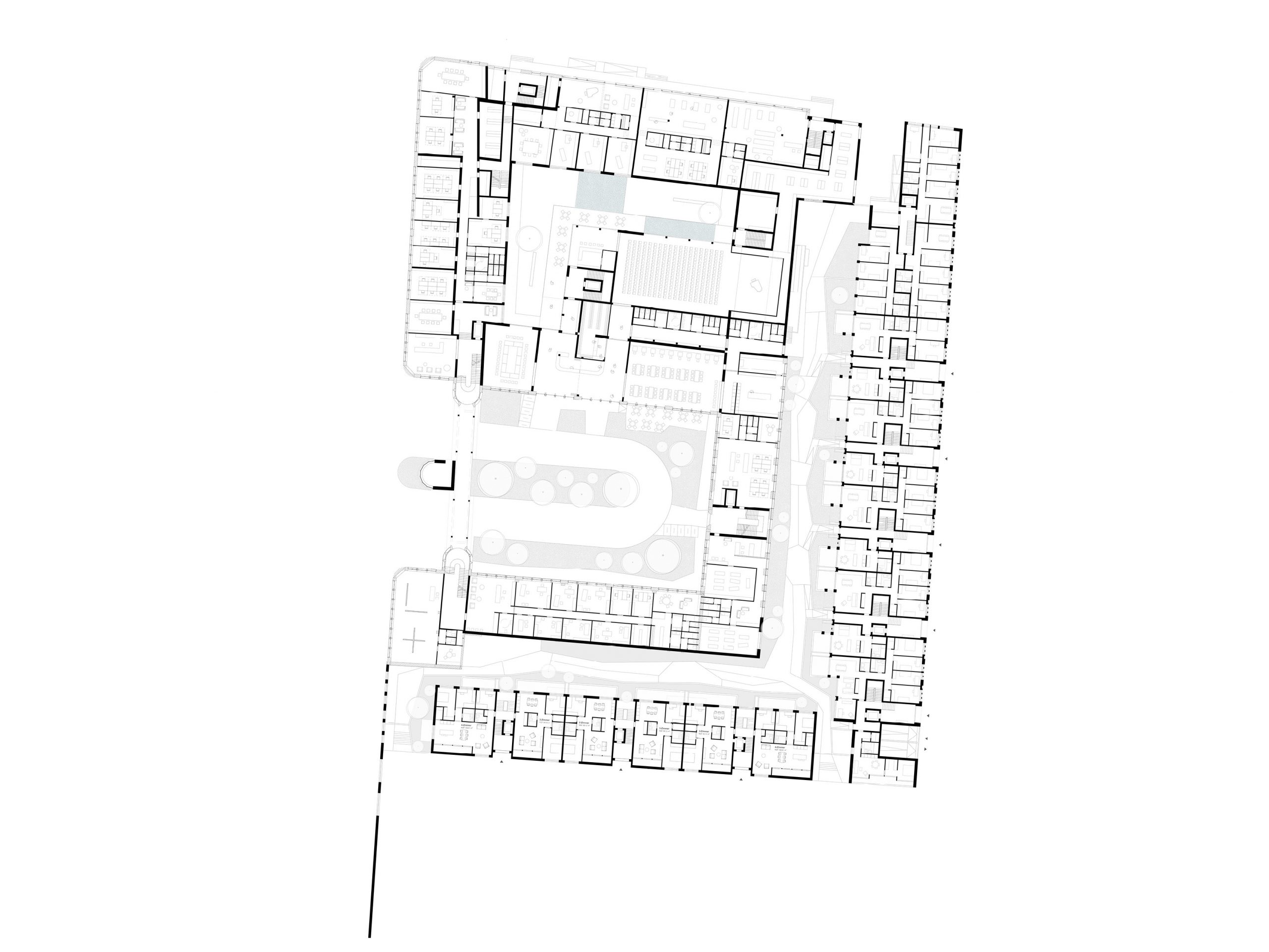 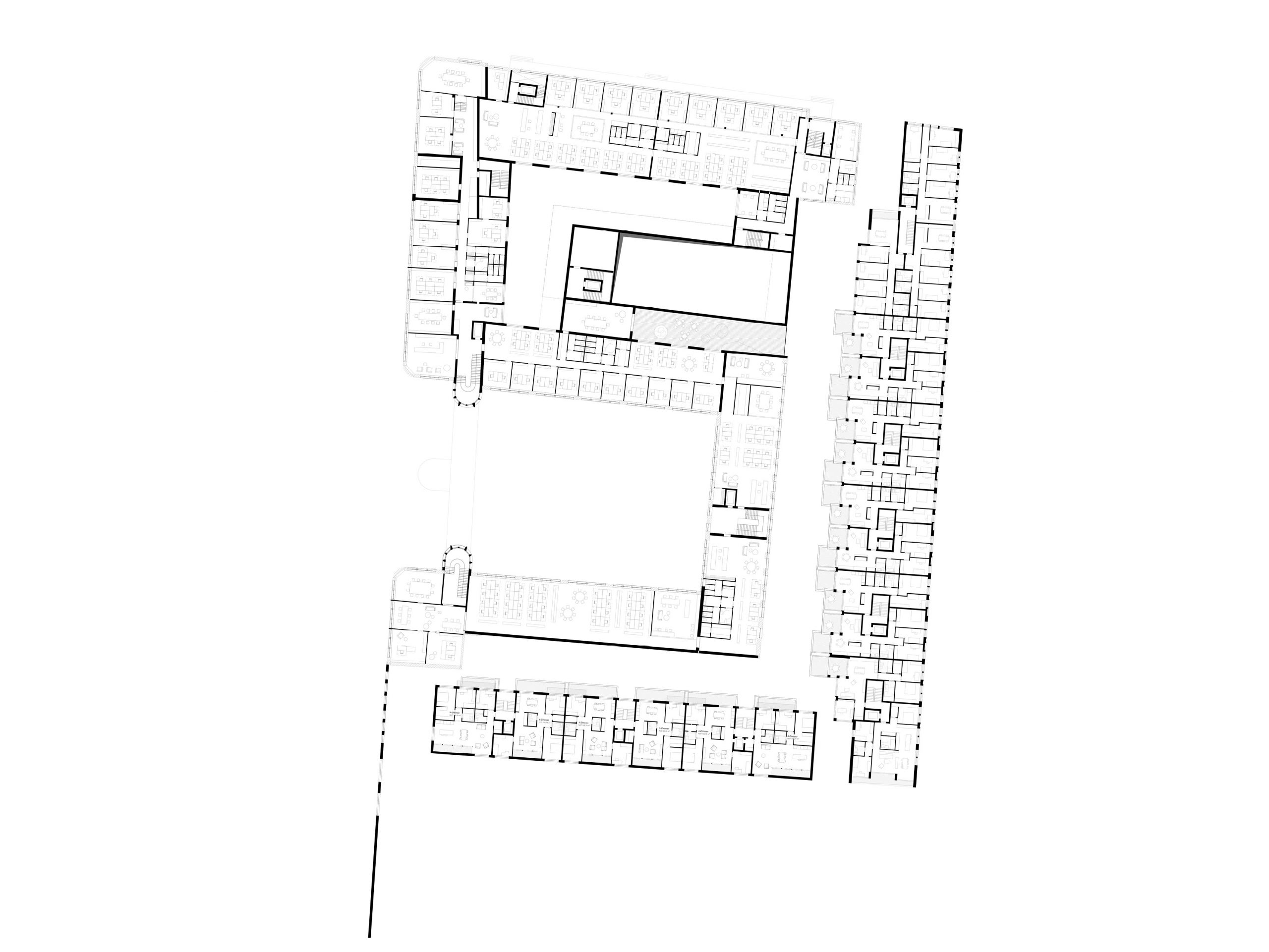 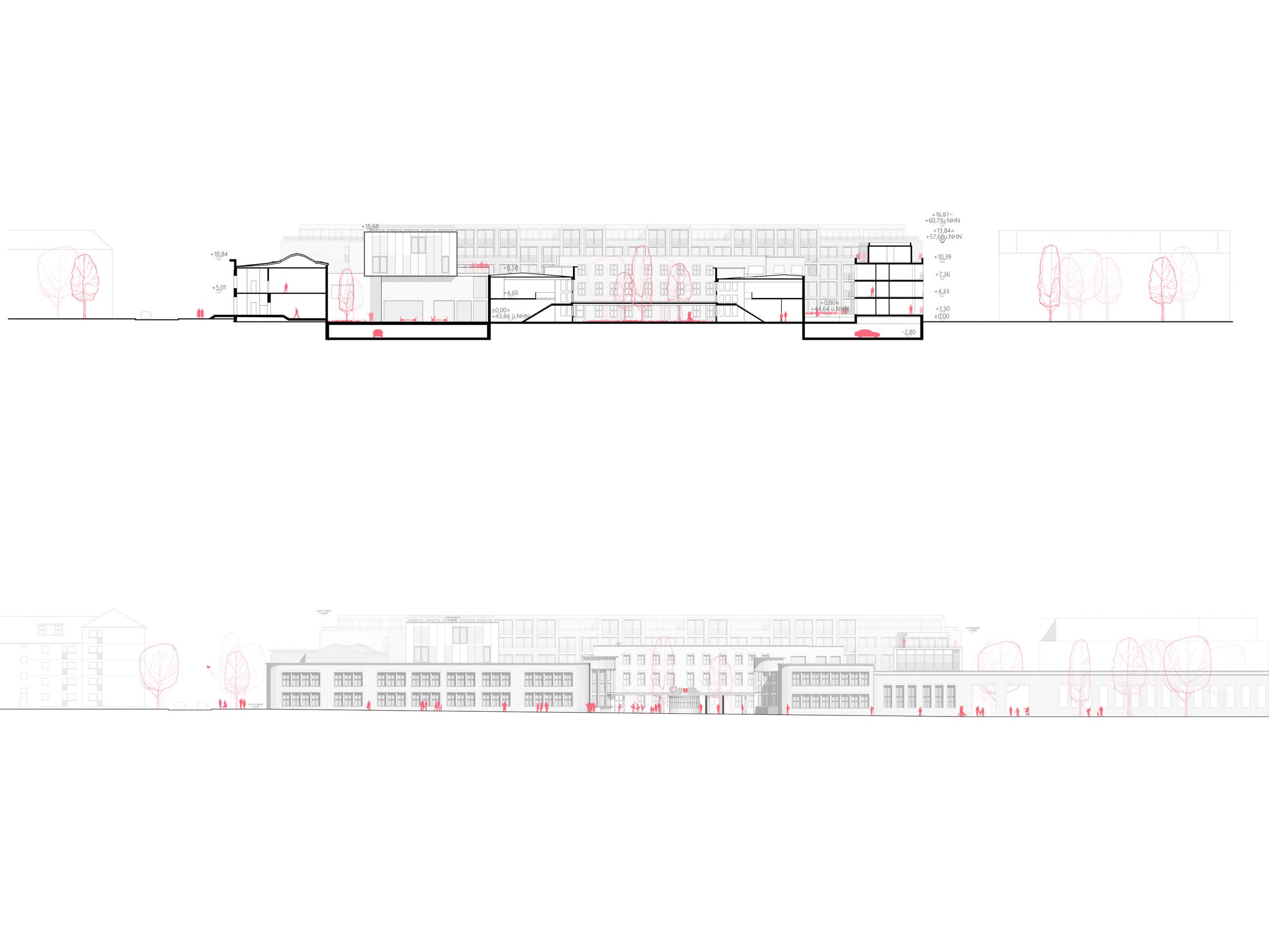 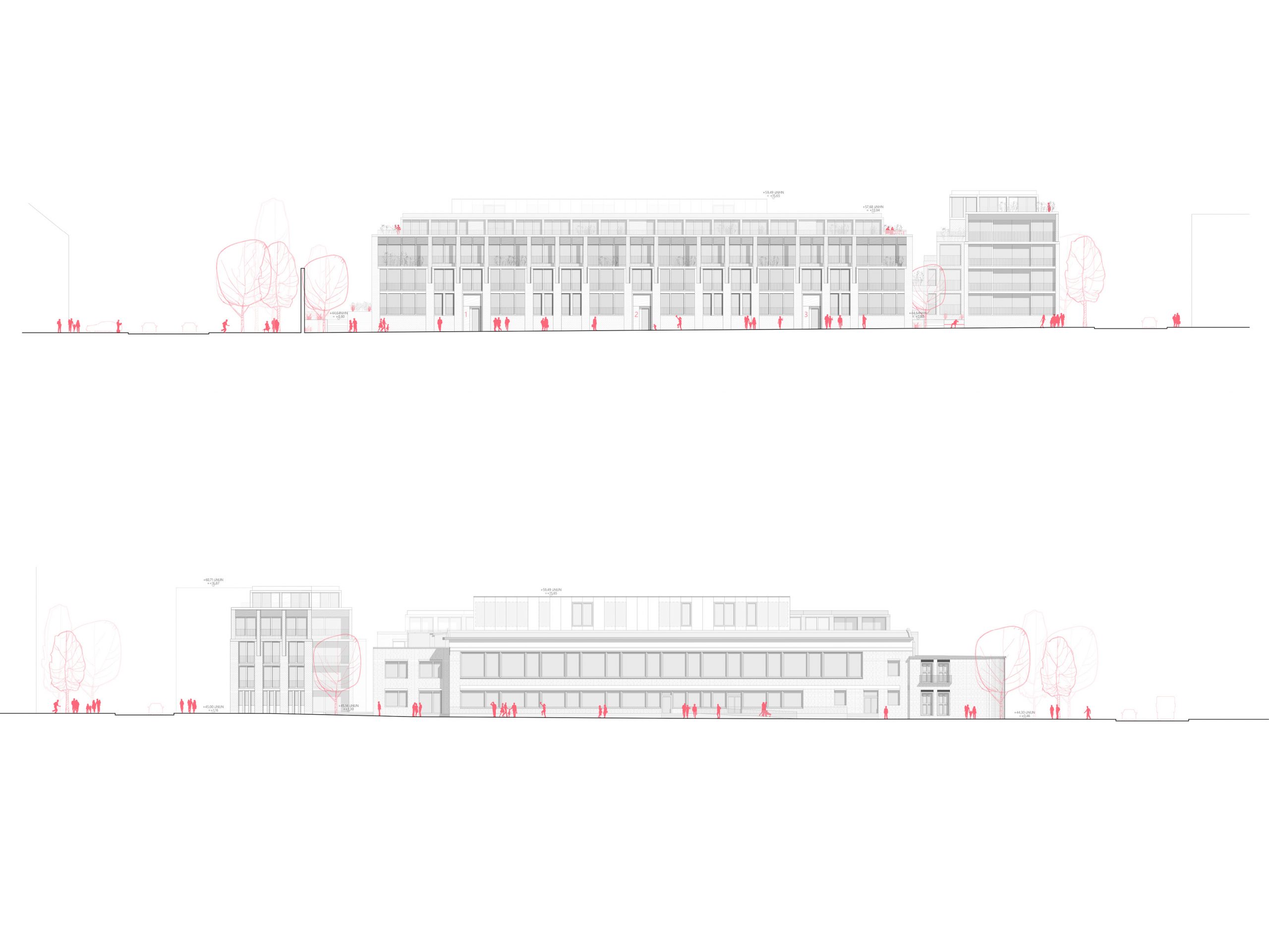 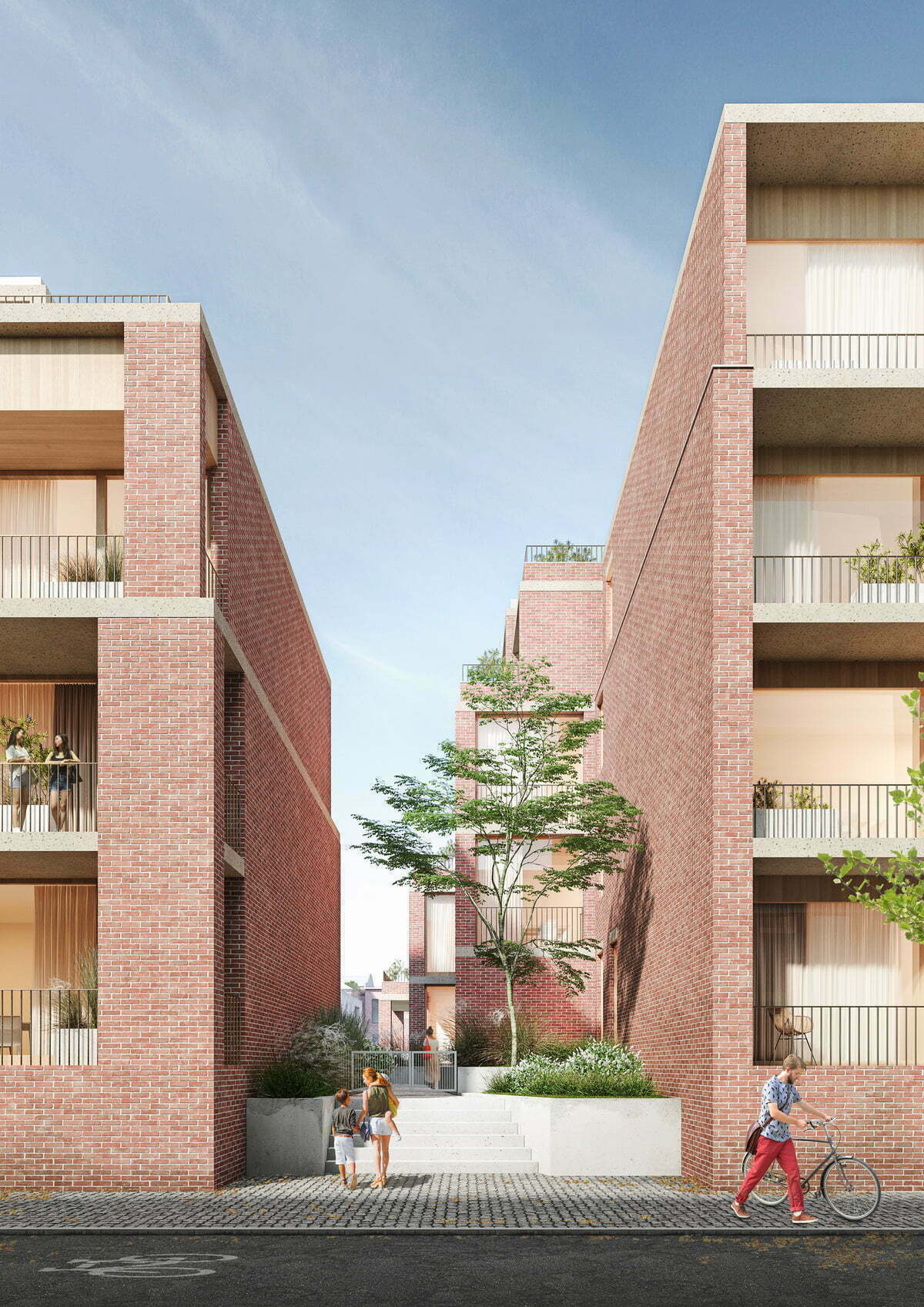 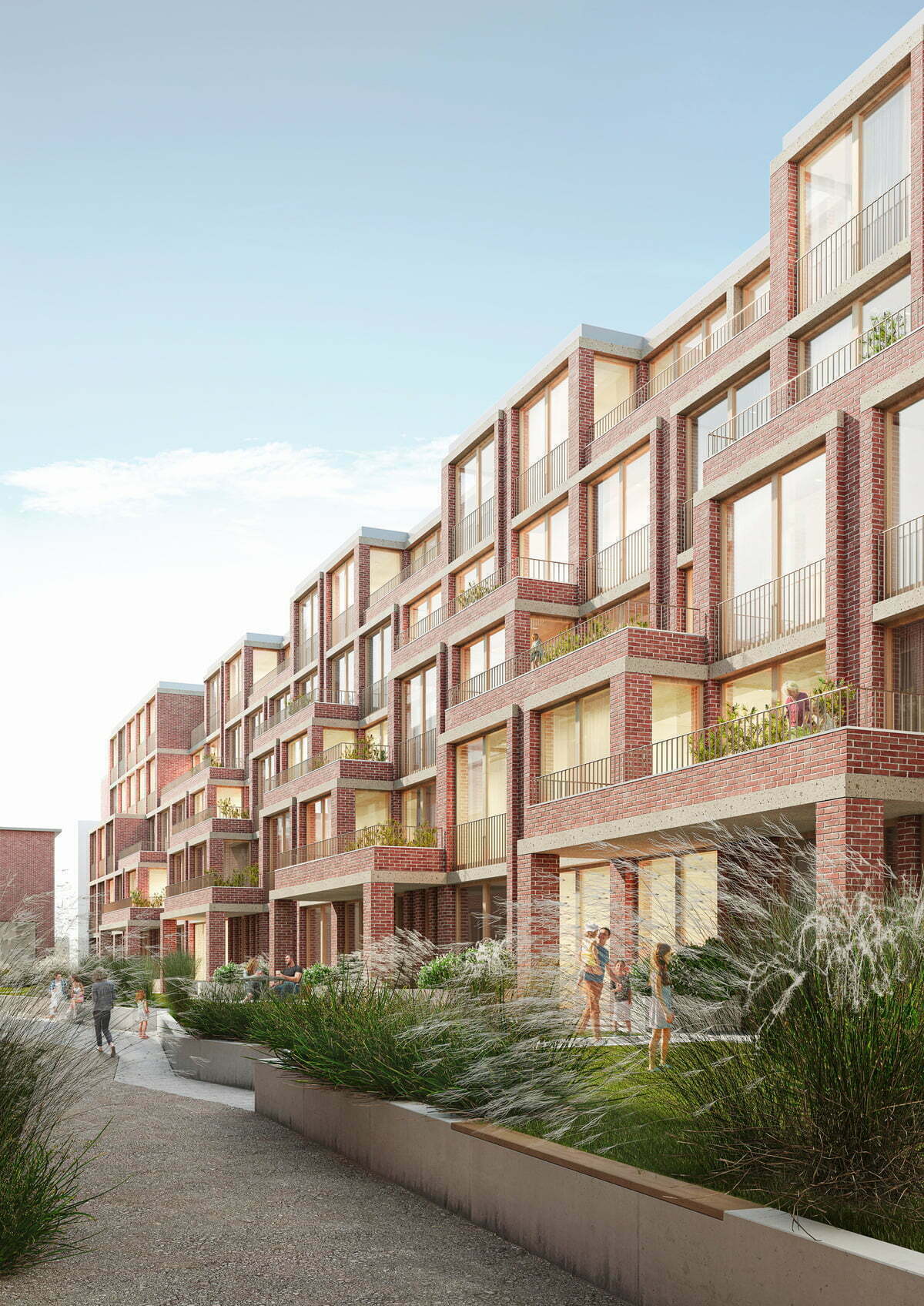 Further infor­mation on the topic 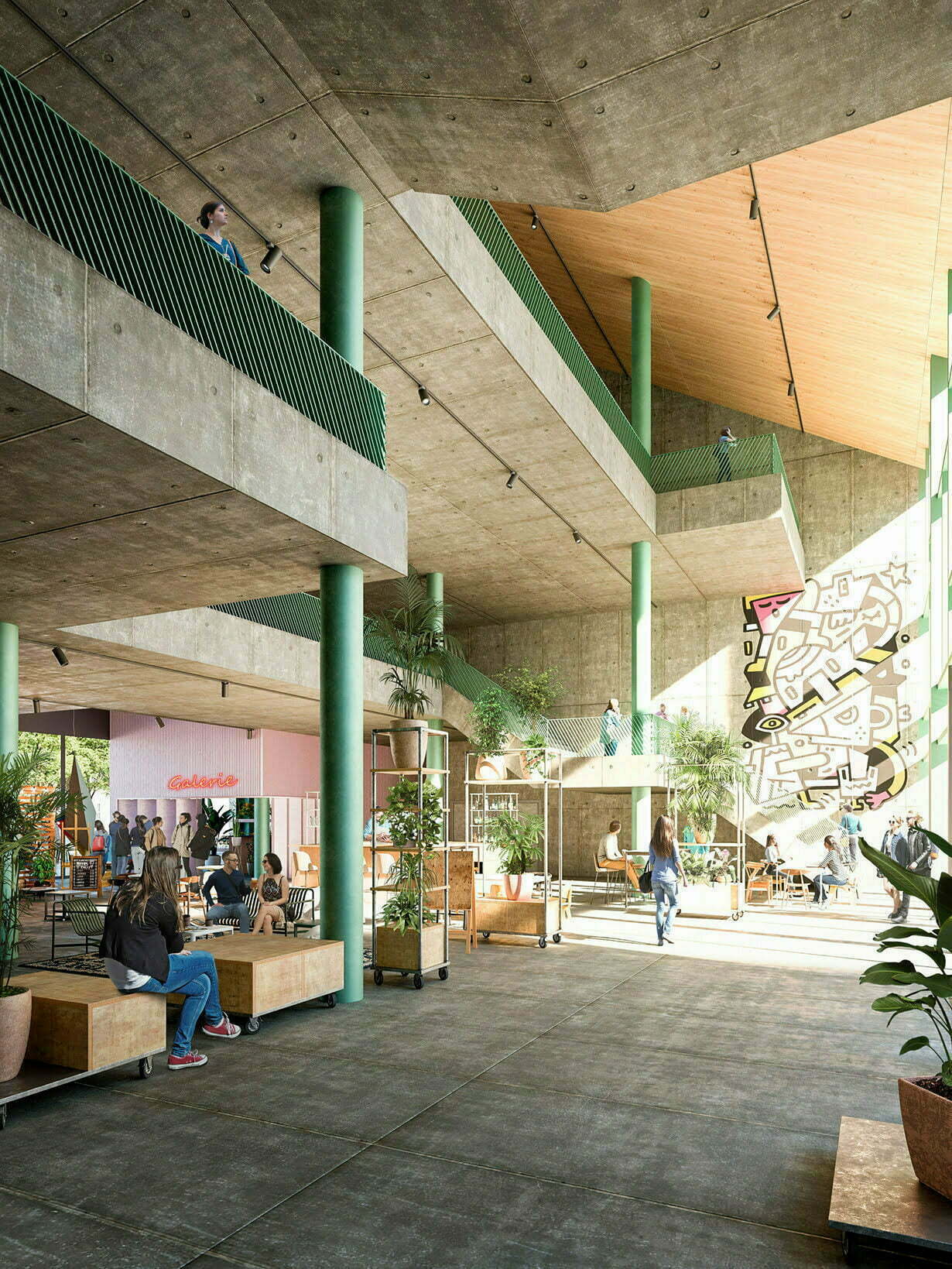 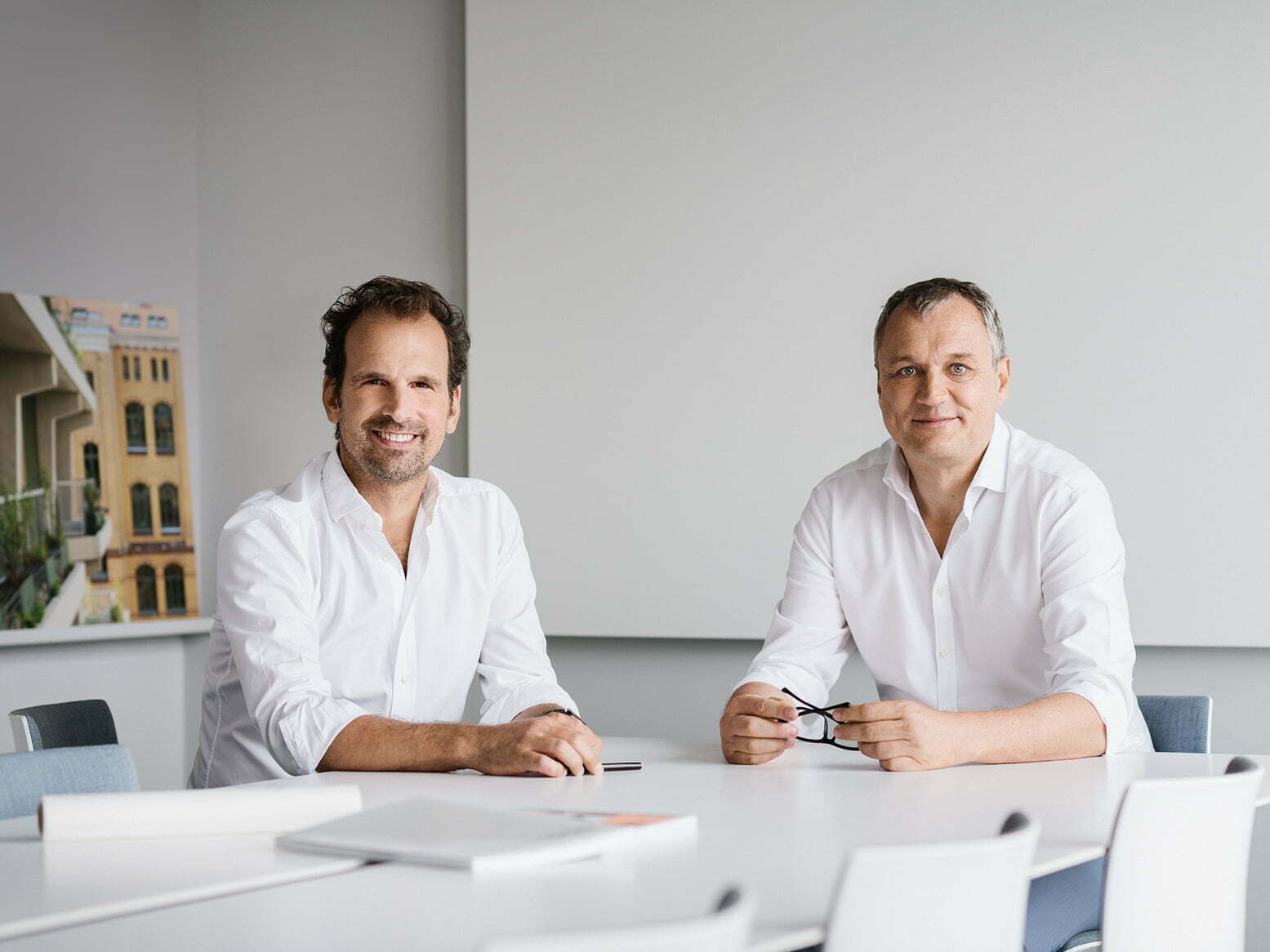 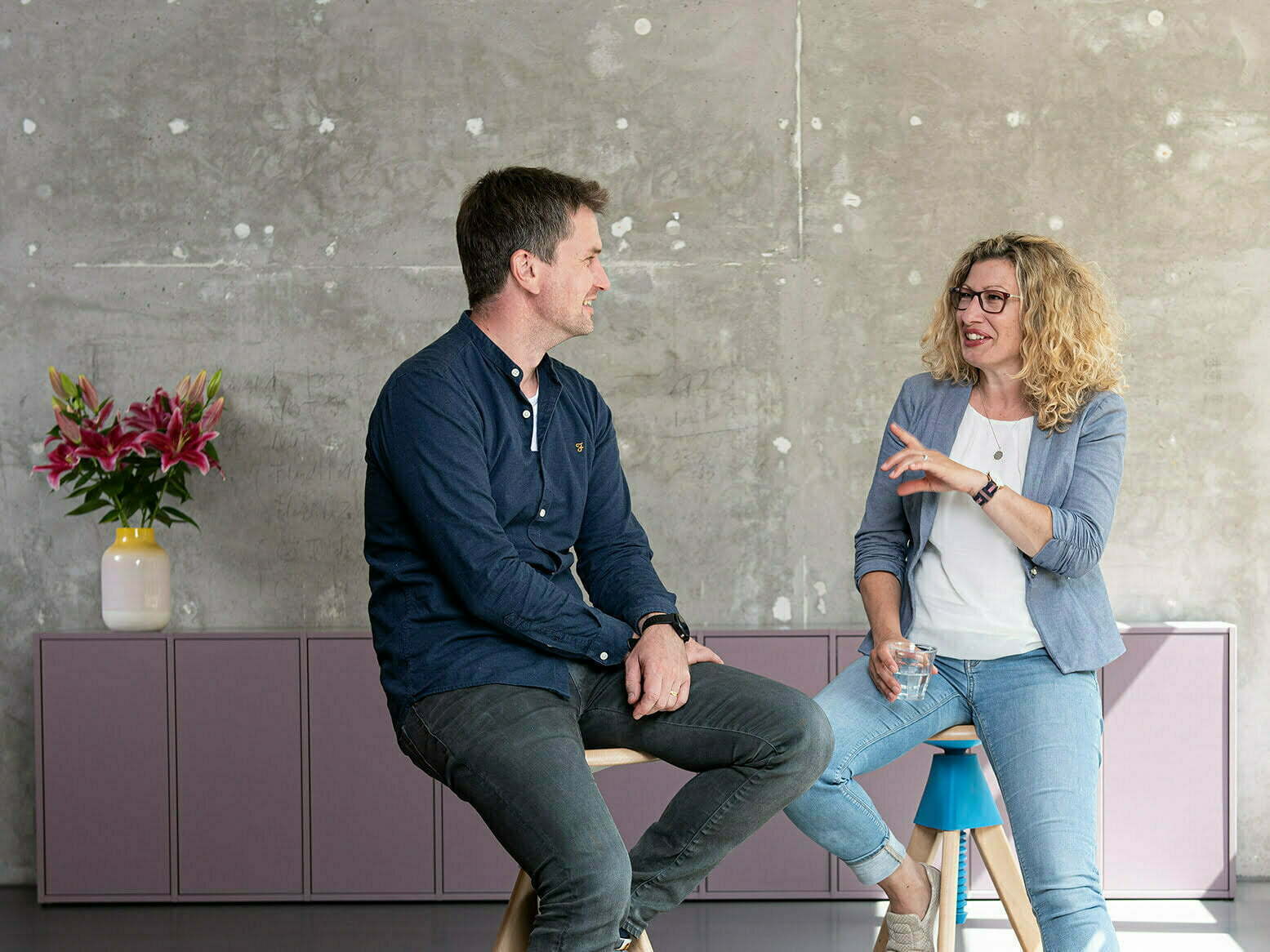 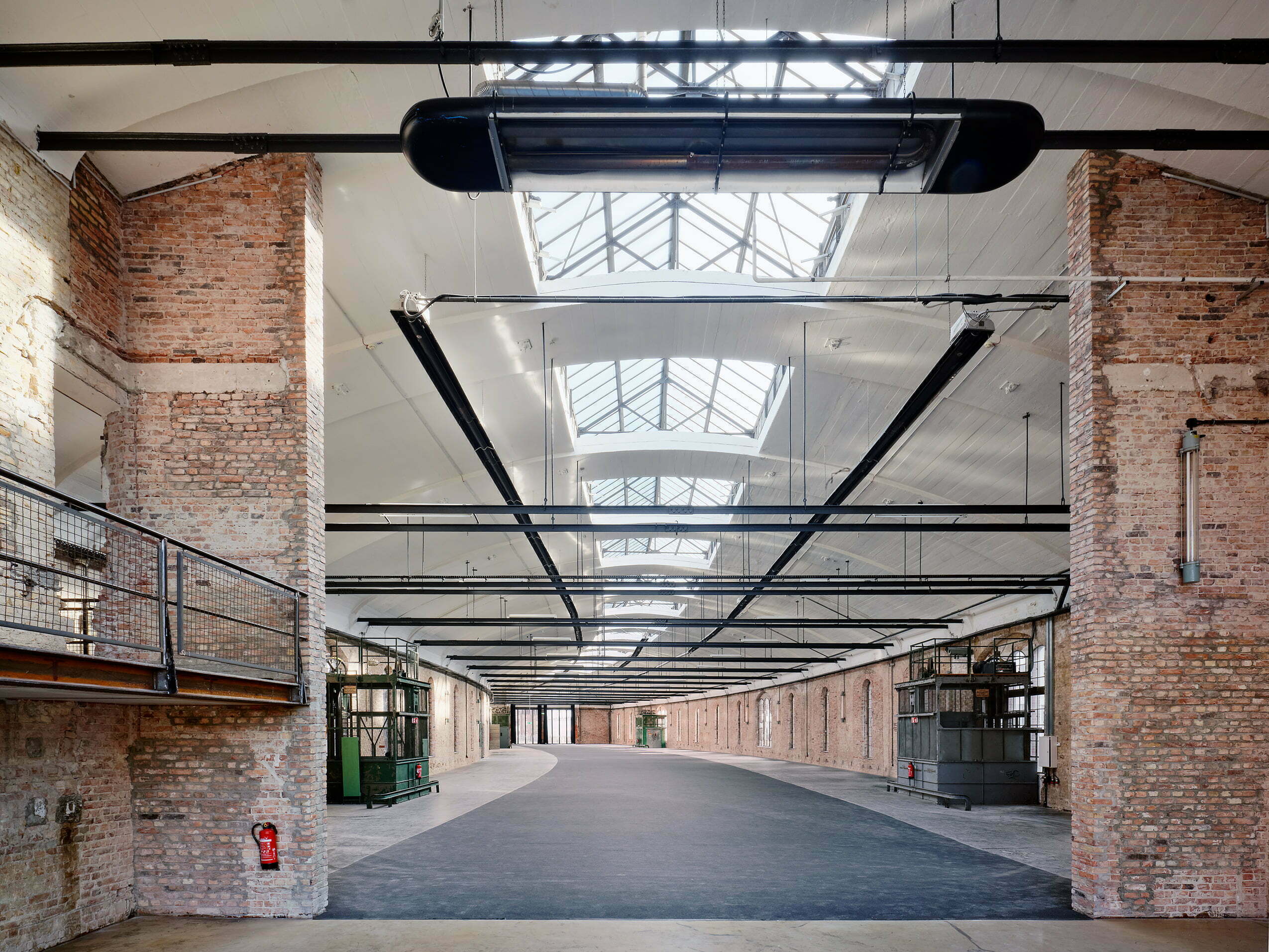