A return to green roots: Where until now a dreary multi-storey car park with a concrete-paved forecourt has joined the railway tracks with the river, &MICA is planning an exciting transit facility with a welcoming atmosphere.

As early as the seventeenth century, a lush baroque park known as the Lustgarten was located here on the eastern edge of Detmold’s city centre. We aim to tie into that past with our modern reinterpretation of a green, shared public space. In the new Mobility.Point Lustgarten, people will stroll, linger and even play table tennis. It is a destination for relaxing with a cup of coffee or having your bike repaired.

The multi-storey car park, still the central function, is made more sustainable. While additional spaces will be created for electric cars and bicycles, the roof and façade will be greened with plants and photovoltaic cells will be installed on the roof. The contemporary design, with slender wooden slats that clad the upper five storeys, integrates formally into the redesigned landscape.

Between the car park and the river Werre, single-storey pavilions house a public information centre, a concession stand, bicycle parking plus bike rental and repair, and a café. In front of the café, a flight of steps that leads down to the river encourage people to linger.
Here on the renaturalised bank of the Werre, amid the rustling of reeds and the chirping of birds, a new public park is taking form. 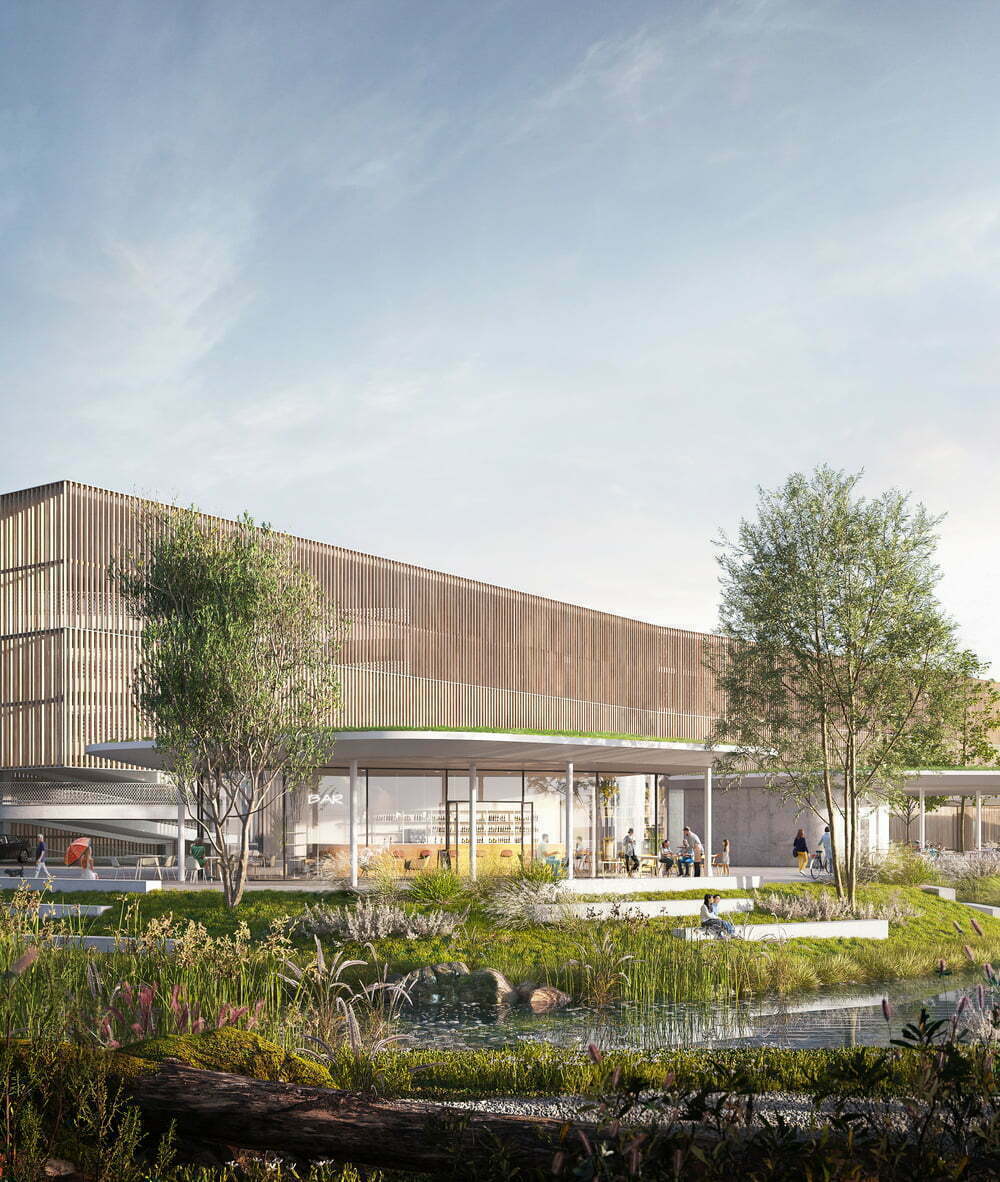 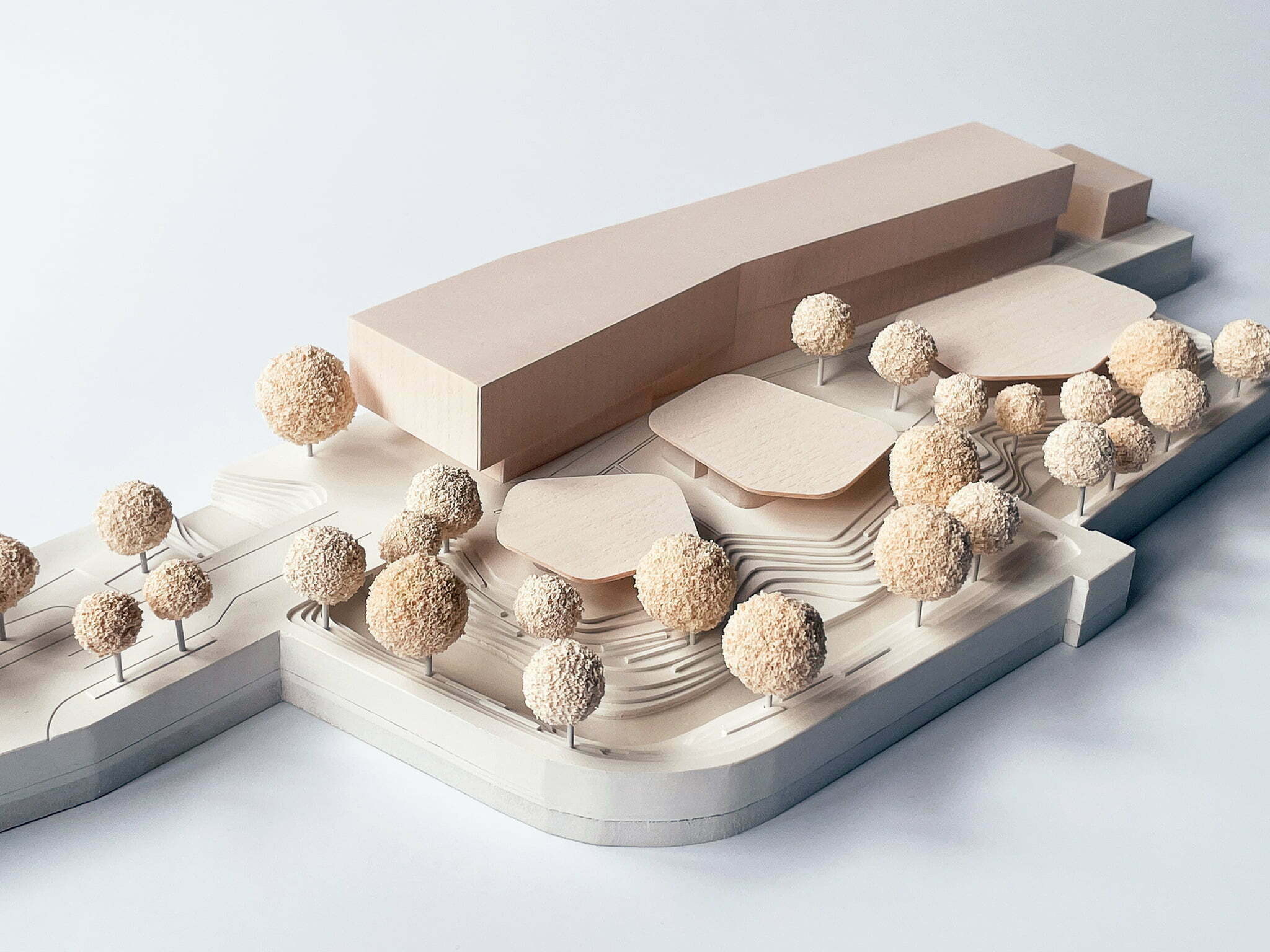 Building for the future

The car park’s load-bearing structure of composite concrete slabs can be dismantled, reused or recycled. In addition, the site is planned in such a way that if the car park were to be dismantled, residential or commercial structures could be built there, or the park itself could be enlarged with additional pavilions.

The car park is entered and exited directly from the bridge to the west. New bridges to the site separate additional bicycle and pedestrian paths from car traffic.

Building for nature and people

The renaturation of the Werre with reed plantings and rock embankments fortifies the natural habitat for flora and fauna alike. With its retention areas, the green roof of the car park provides habitat for a diversity of insect species, retains rainwater and promotes evaporative cooling. Excess rainwater flows to planted areas and into the Werre. Photovoltaic systems on the roofs generate electricity for electromobility and supply power to the buildings, and the surplus energy is stored temporarily in battery storage systems.